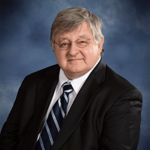 Following grad from Law School, Donald worked as an associate of a firm in Lexington, Virginia, for two years.  Johnson gained experience in real estate and trial practice.  Donald then joined a corporate, real estate and insurance law firm in Bluefield, West Virginia for two years where he began his career in the energy industry.  Johnson continued his energy career by joining the Pittston Coal Group in  1978.  His offices were located in Lebanon, Virginia, and Dante, Virginia.  His Lebanon office was as a member of the Legal Department at Pittston; his Dante office was as Land Attorney for the Clinchfield Coal Company.  The Pittston Coal Group managed subsidiary companies in Virginia, West Virginia and Kentucky.  Donald was the business and real estate attorney for the Coal Group.  As Senior Assistant General Counsel, Donald supervised outside counsel and was a registered lobbyist in Virginia and West Virginia.  He also managed contract coal agreements for Clinchfield Coal Company.  Donald became the lead coal attorney in the negotiation and drafting of the Virginia Oil and Gas Act on behalf of the Virginia Coal Industry.  Donald was the founding attorney of the oil and gas consolidation and management team of the Coal Group, which effort later became Pittston's Pine Mountain Oil & Gas, Inc.  He left the Coal Group in 1985 with seven (7) years as the second highest ranked attorney in the Legal Department of one of the region's largest coal producers.

When Donld left Pittston he formed the firm of Shott and Johnson in Bluefield, West Virginia.  Donald practiced with the firm for two years in Virginia and West Virginia. He continued representation of mineral owners and operators during that time.  In 1987, Donald stated his law firm in Bristol, Virginia, and later, in 1996, Roanoke, Virginia.  The firm has continued practice in the areas of coal, oil and gas, natural resources and environmental law.  The firm has represented holdings of several thousand acres of mineral lands in Virginia and West Virginia as well as representation of coal and oil and gas operators.

Donald is associated with the Roanoke law form of Moss and Rocovich, P.C. as  Counsel.  The firm is located at 4415 Electric Road.  The firm is well know as a nationally recognized   leader in several areas of law, including tax, trust and estates, higher education and energy law.  The association with Moss and Rocovich, P.C. offers Donald's clients the potential of additi9onal resources and expertise in the handling of client matters as agreed by the client and the firm.

It is important to note that Donald was chosen by Governor James Gilmore as a Member of the Virginia Tech Board of Visitors in 1999 where he served for a term of four years.  During that time, Johnson was Chair of the Academic Affairs Committee and the Executive Committee of the Board.

Thank you for contacting us. We will get back to you shortly.

Please complete all required fields below.